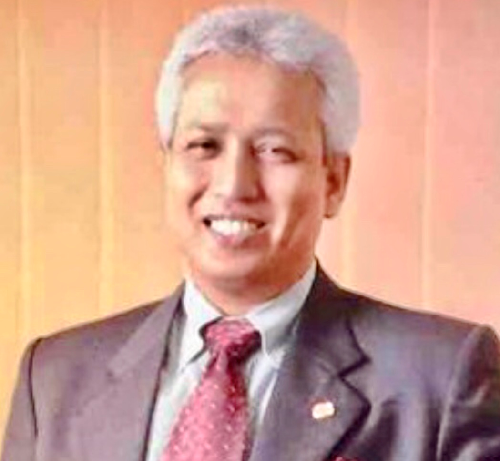 -Dato' Dr. Amin is a Chartered Fellow of the Chartered Institute of Logistics and Transport
(FCILD UK)
-His professional career spanned through a unique hands-on opportunity to serve in the total
logistics industry and supply chain management. He started his career as a trainee executive with Guthrie Boustead Shipping Agencies in 1975. He also assisted to set up and oversaw the international offices for Kontena Nasional in London, Bremen, Tokyo and Los Angeles. At the age of 32, he became the General Manager of Evergreen Shipping Group in Malaysia (then, the largest shipping line in the worlld); and maintained its top market share. He negotiated the landing rights for EVA Air in Malaysia. He steered Century Logistics Holdings
Berhad to be listed in the Bursa after 5 years of active service
-Notable positions held by him were lst Chairman of Project Cargo Coordination Committee
in 1985 ; Vice Chairman of the International Shipowners' Association; Executive Committee member of Supply Chain Asia; Board member of Light Dues Authority, Panel of Judges amongst top global business leaders in the iinaugural SIFE World Cup in London 2001, and the 2nd SIFE World Cup in Amsterdam in 2002 (SIFE is the world's eminent collegiate free enterprise organisation). He was the lead consultant to produce the Roadmap for the
Development of the Malaysian Logistics Industry in 20l0
-On record, he is the Organising Chairman of the lst National Transport Symposium
(Transport for Tomorrow) while still a student in MIT (MARA Institute of Technology) in 1975
-He was recognised for his active professional obligations and featured in the 2002 -2003
edition of International Who's Who of Professionals by Who's Who Historical Society in USA
-Dato' Dr. Amin graduated at Imperial College, University of London with the Doctorate in
Management in 2002 from Irish International University. He was awarded a Certified Corporate
Strategist Doctorate from Cambridge Association of Managers; and is a Certified Doctor of Business Administration by the Oxford Association of Management in 2006
-He became an avid speaker in various forums in Malaysia and in the International arena.
He was also invited to speak at the APEC Conference in Washington D.C. in 201 1
-He was the founding president of the Alumni (MSNTA); the Subang Jaya Community Sports
Club; and the Malaysian Logistics & Supply Chain Council. He was also the Adjunct Professor with UITM and UMT from 201 0 - 2014